Bayswater College got in touch at the early stages of their amazing building renovation project as they wanted a series of artworks to reflect the vibrancy of London and their college branding which could be used both as a tool to move around the building and as a backdrop for selfies for their foreign student base. Working in sympathy with the building and a cohesive colour palette, we produced unique artworks that could serve both their functional and aesthetic purpose. Bespoke artwork welcomed college students into the building with friendly slogans. As well as the hand-painted elements we designed menus and door window graphics to lead you clearly through the space. The personalised touches even extended into the toilet signs. To open up the entrance area we suggested the old lightbox signage was removed and instead new glass vinyl and traditional sign writing were used to attract attention. We’re proud to say that the Graphics and Wayfinding won an FX Design Award with the judges stating, ‘The injection of colour and playful design of the installations is a great example of the positive effect of interiors graphics.’ 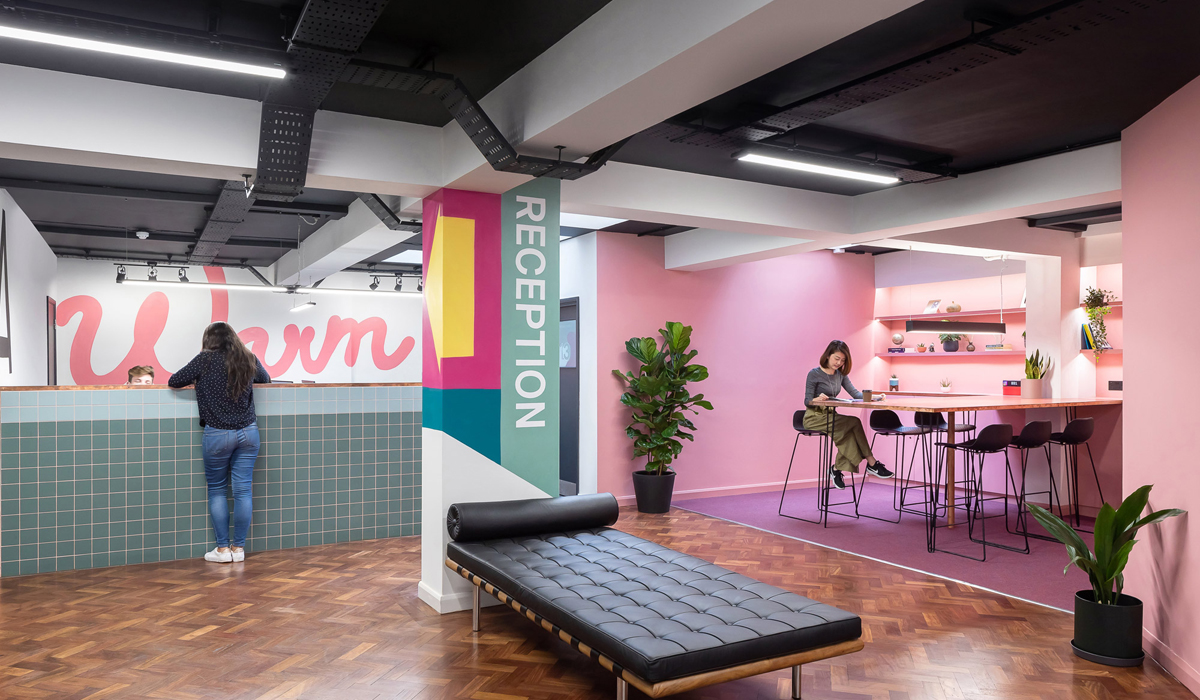 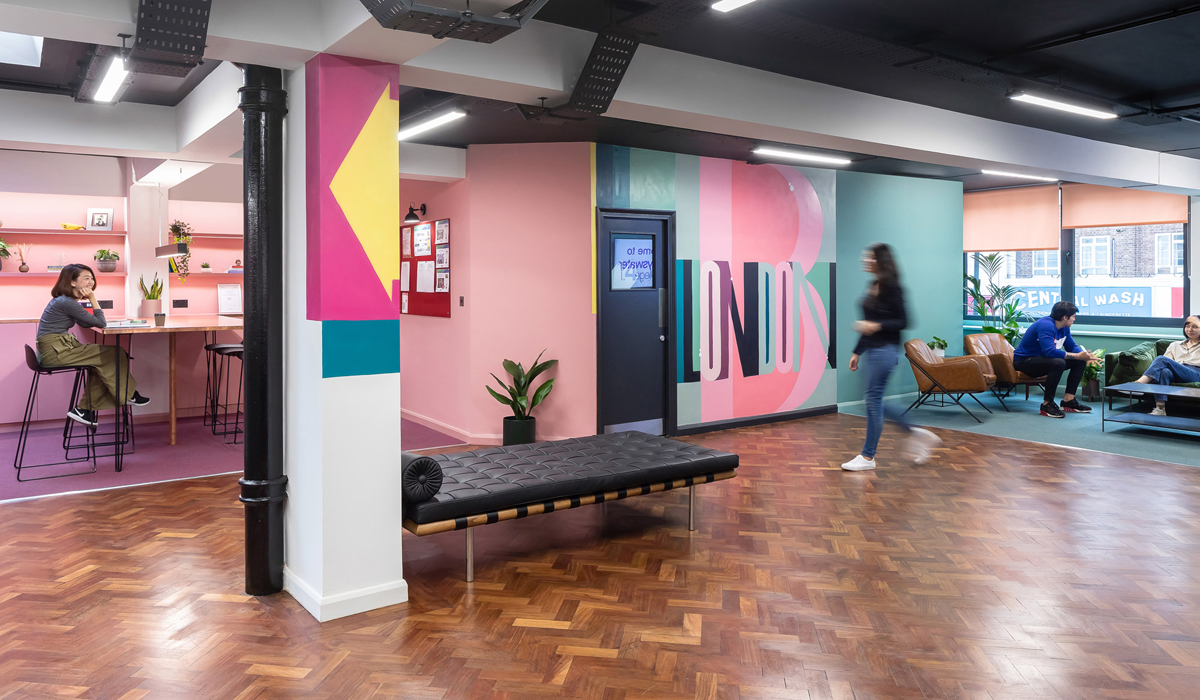 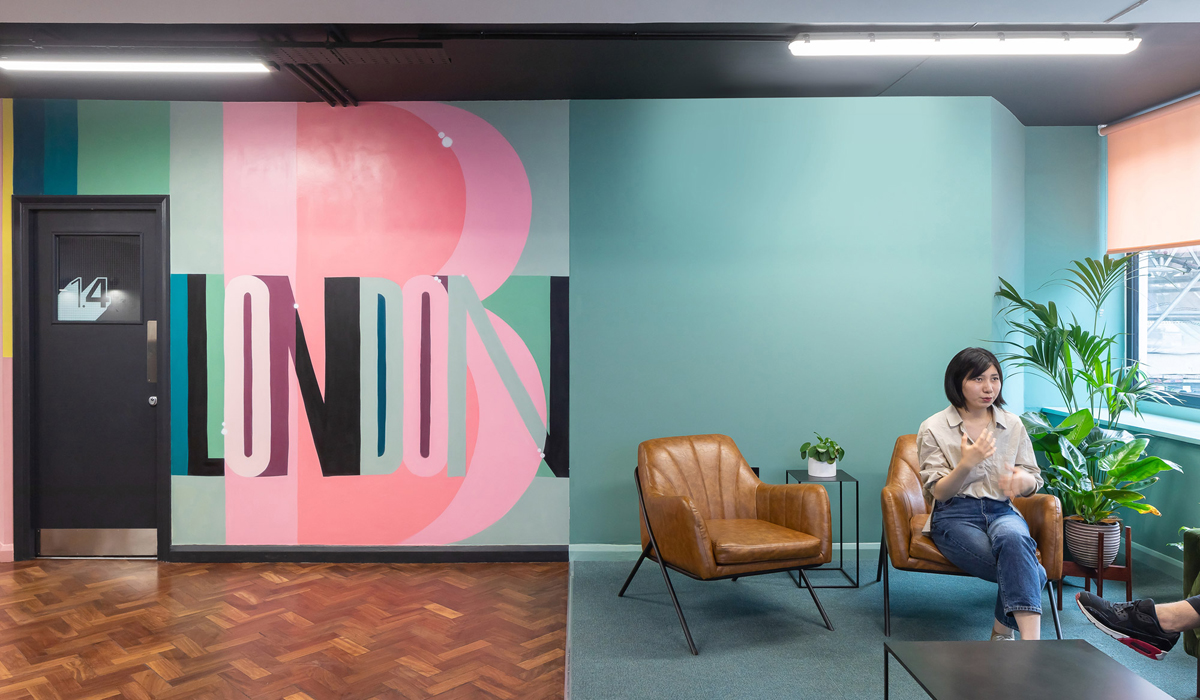 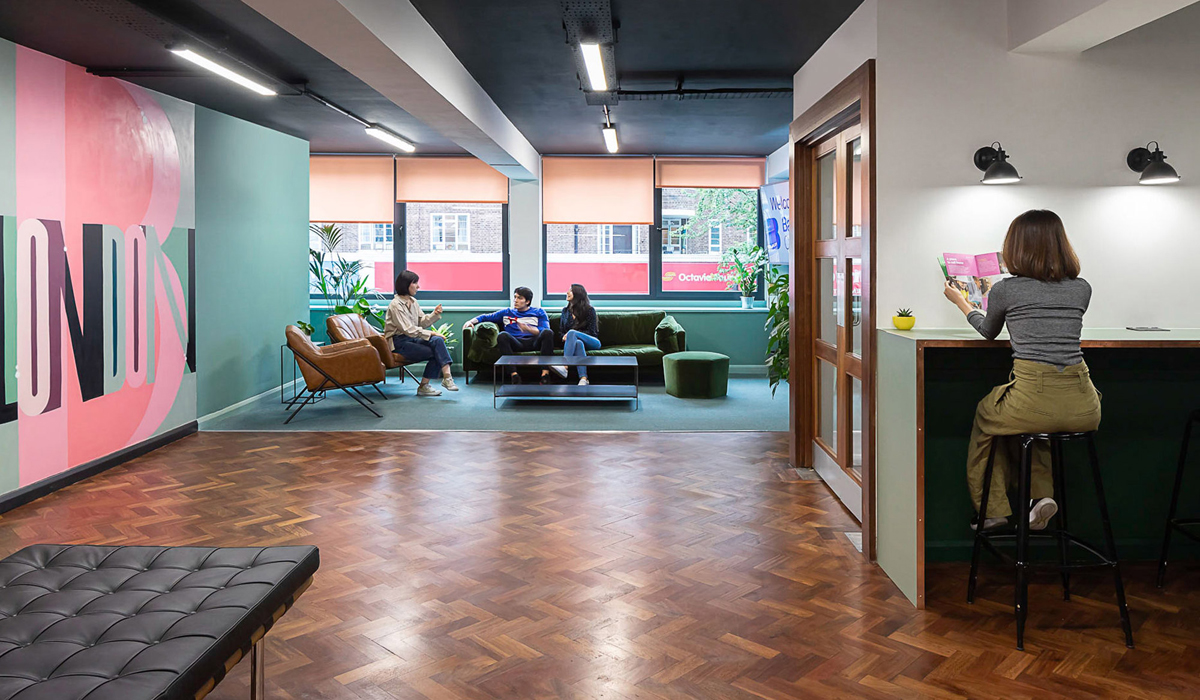 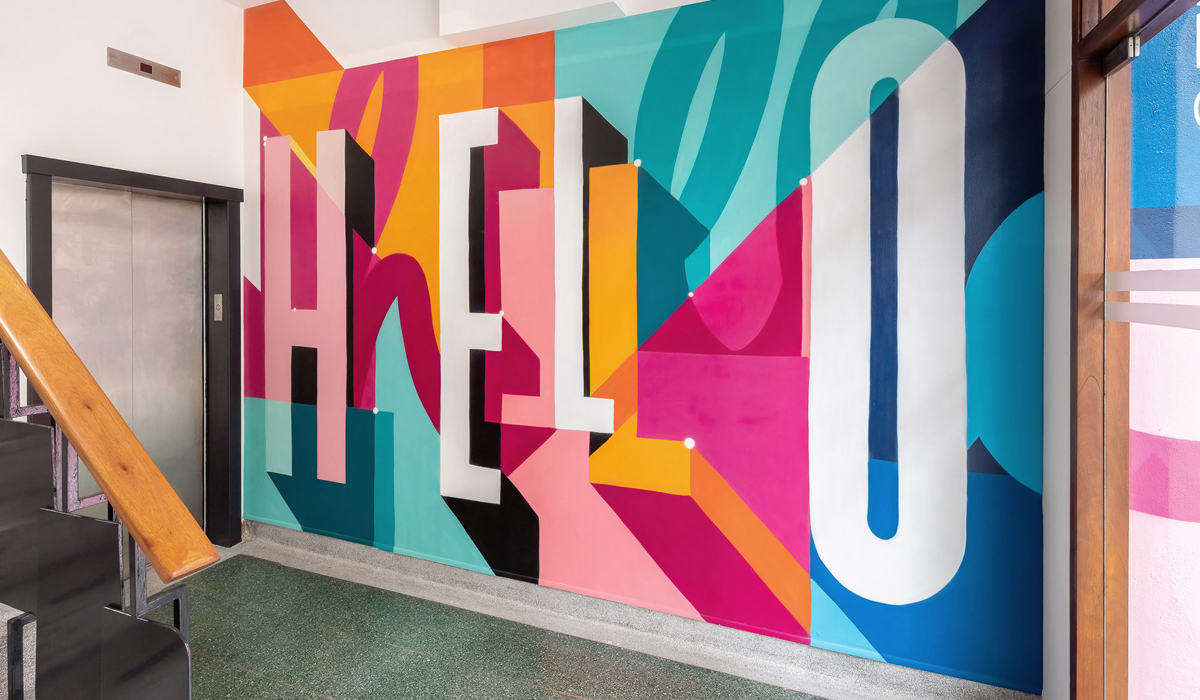 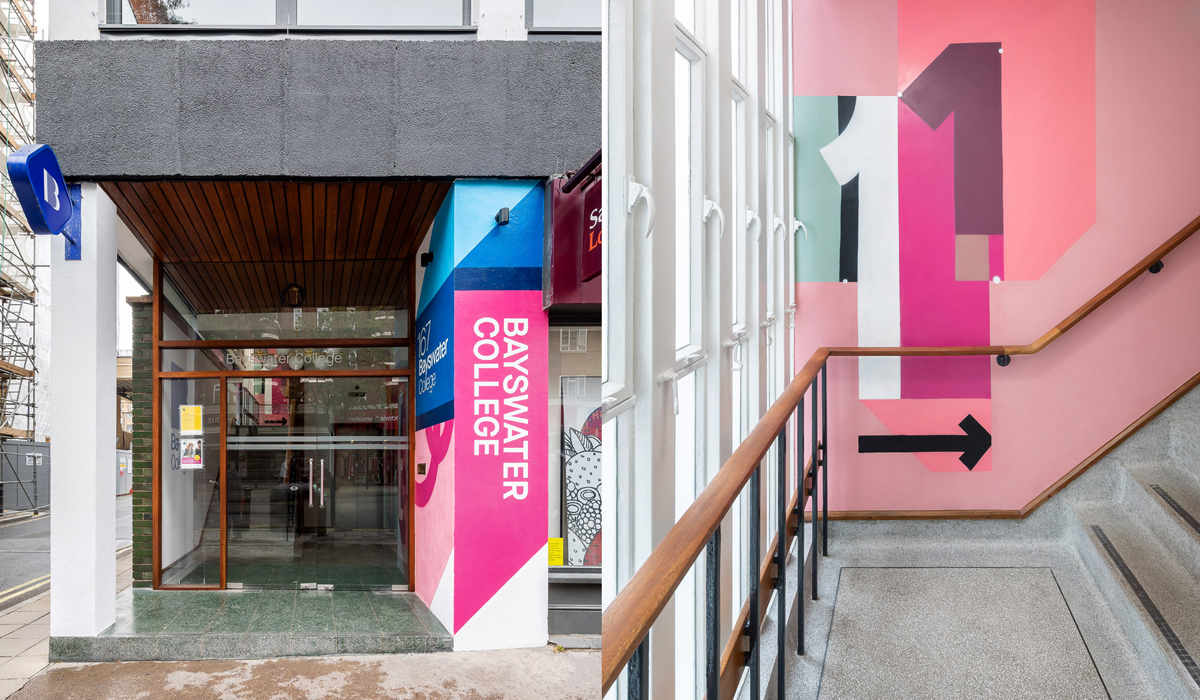 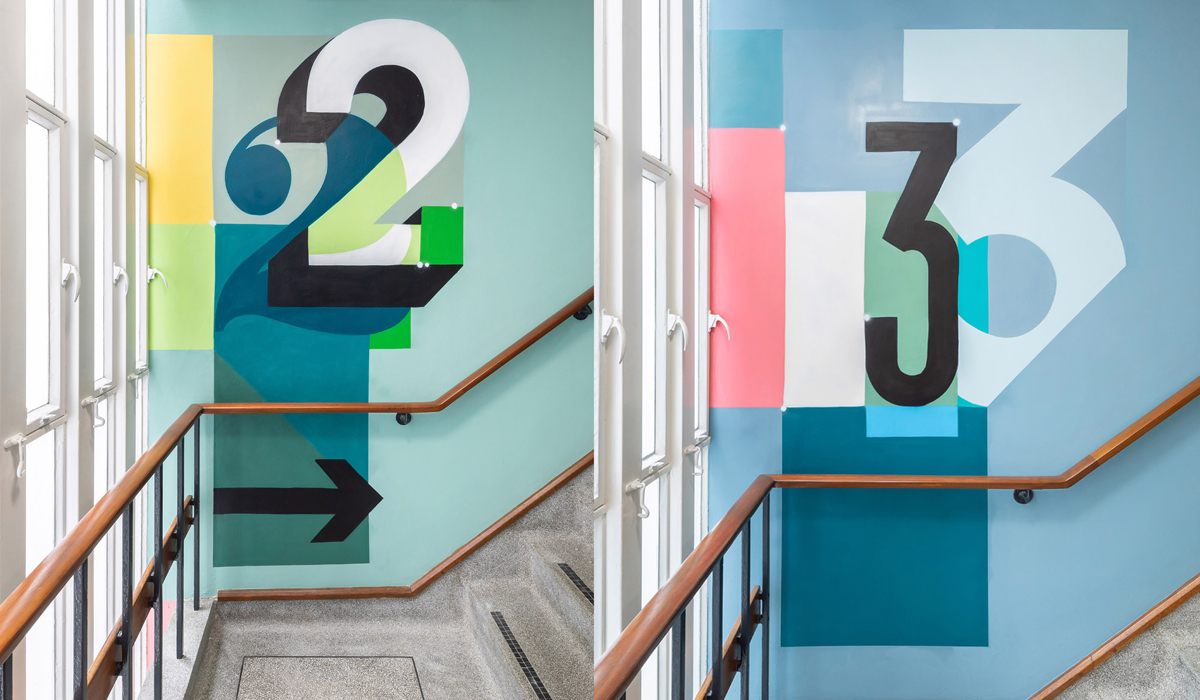 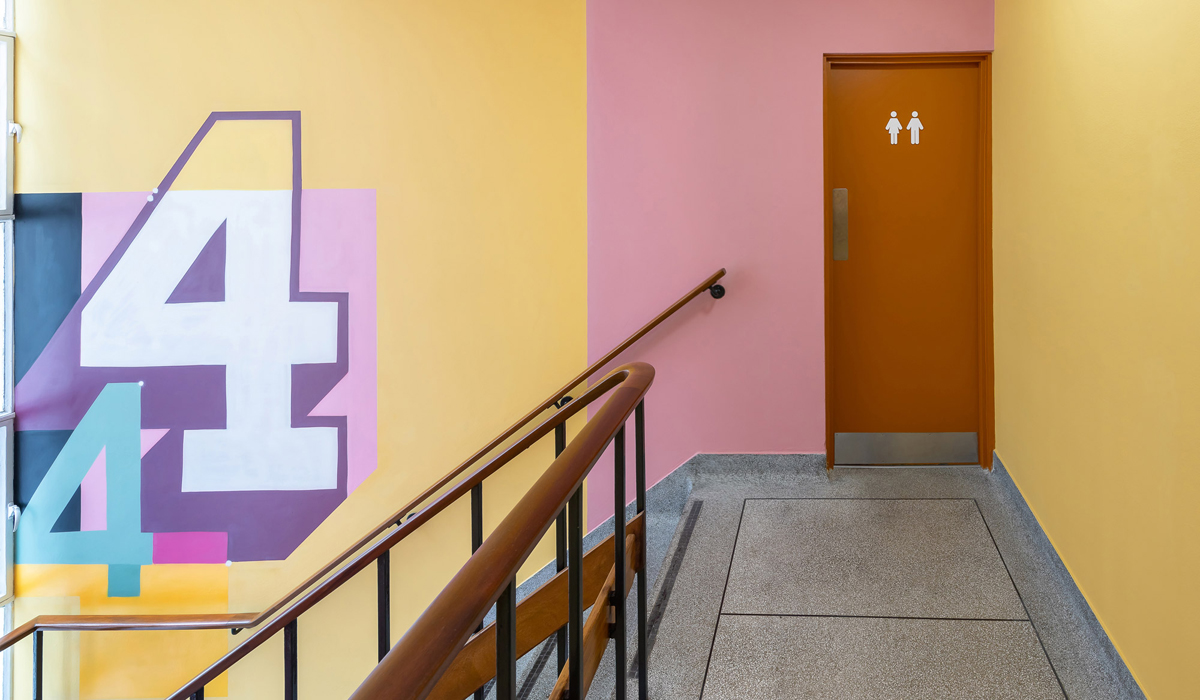 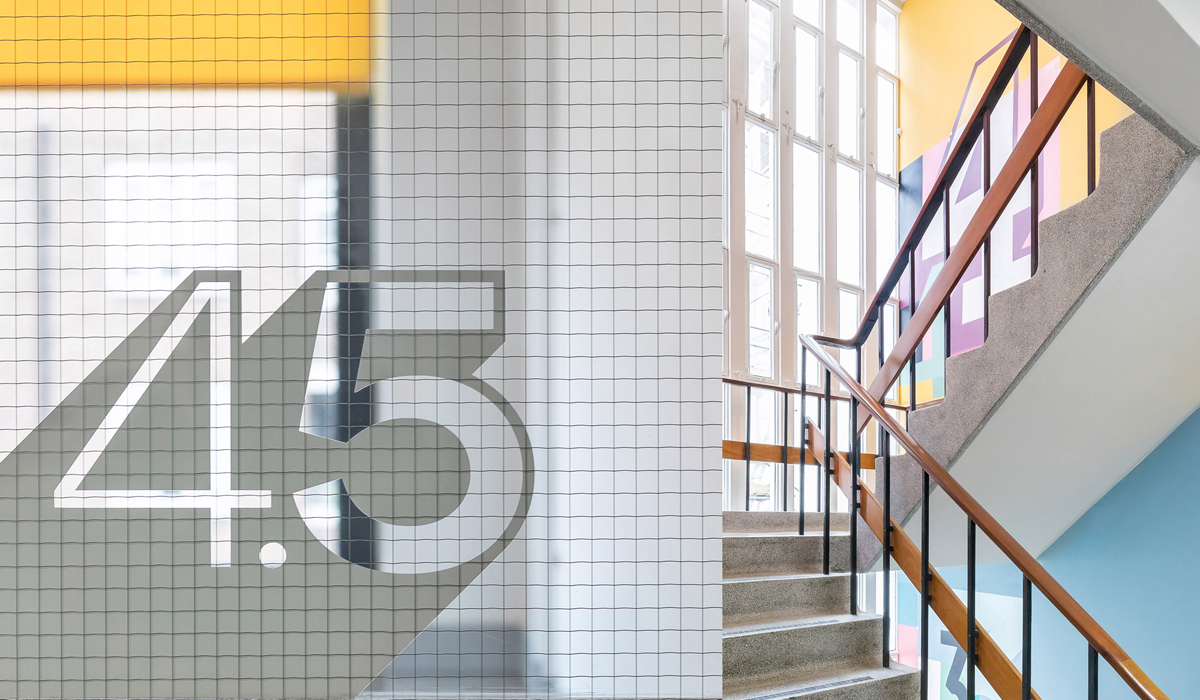 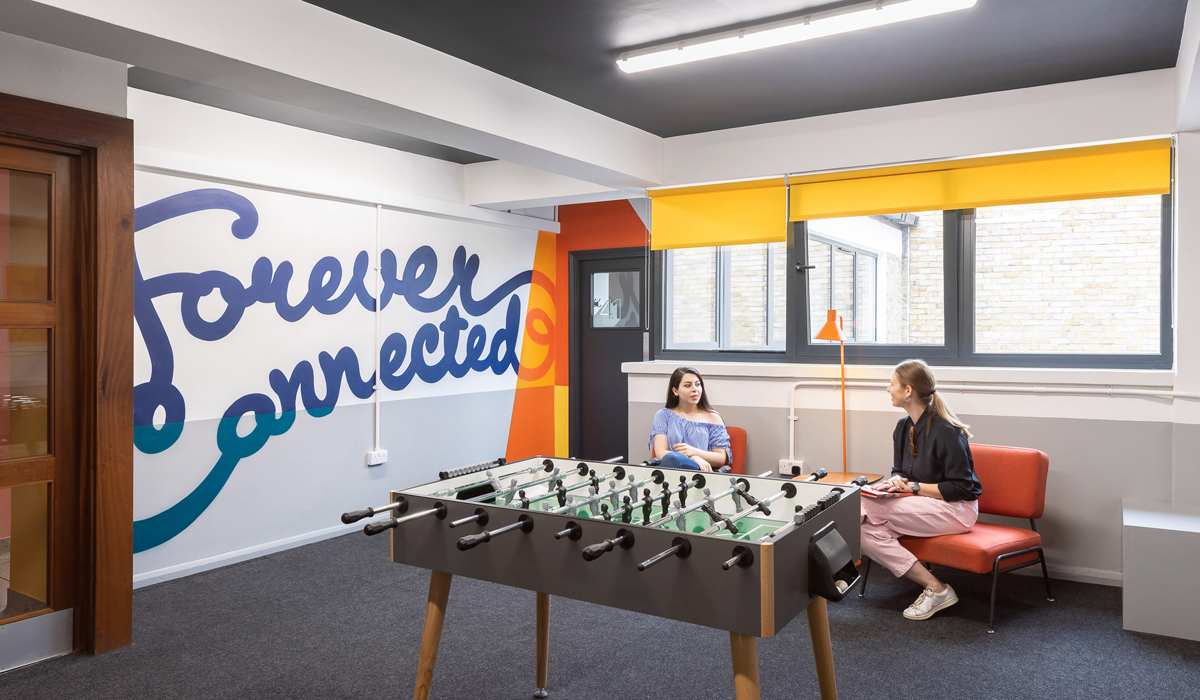 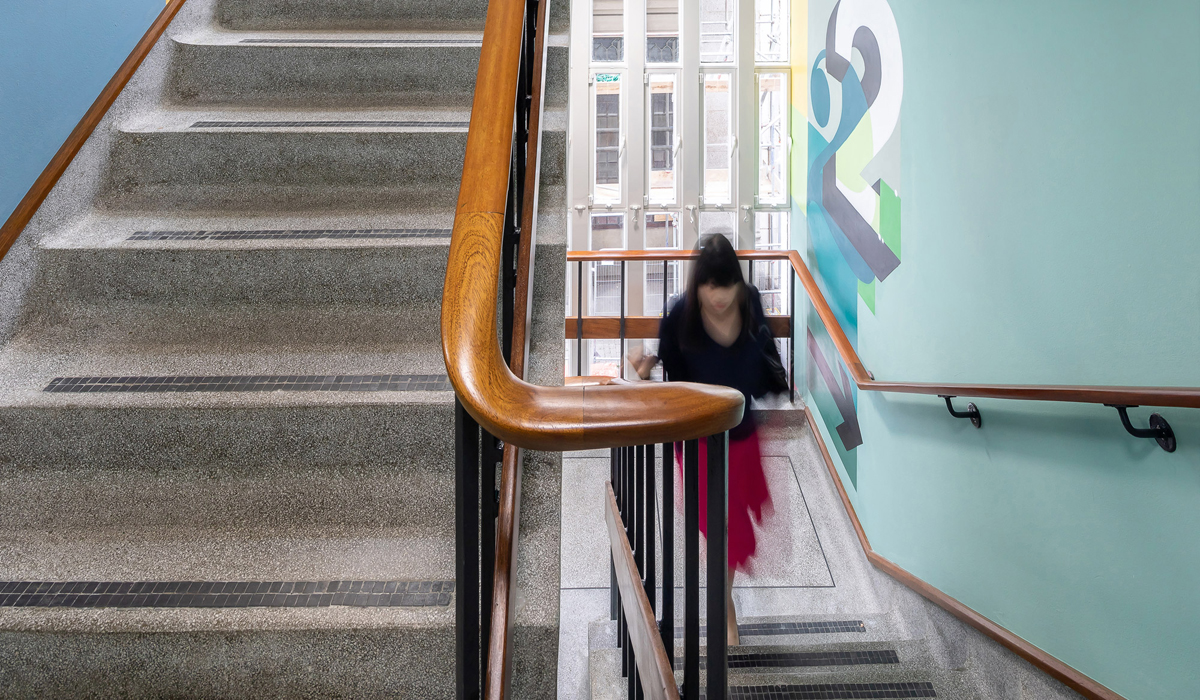 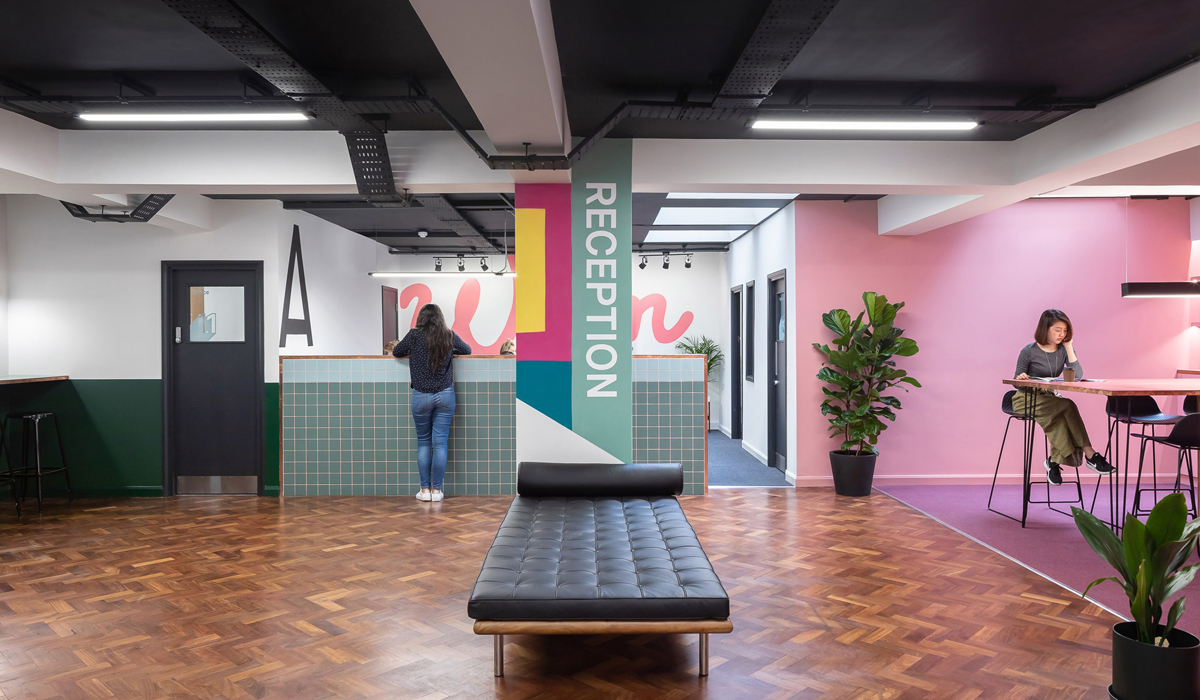