Singapore events & promotions agency, Propaganda, asked us to help establish their new Hip-Hop music festival Big Wig. The festival featured big US acts such as Pharoahe Monch, The Pharcyde and Four Dub, along with The Cuban Brothers and a selection of local acts thrown into the mix. We created an identity for the festival, a promotional film, digital advertising billboards shown in the heart of the city, posters, T-Shirts and flyers that all reflected the urban nature of the festival. The promotional film (shot & edited by Jeff Metal) used a mix of time-lapse and stop-motion animation to bring the artwork to life in time to a commissioned soundtrack by DJ DSK. 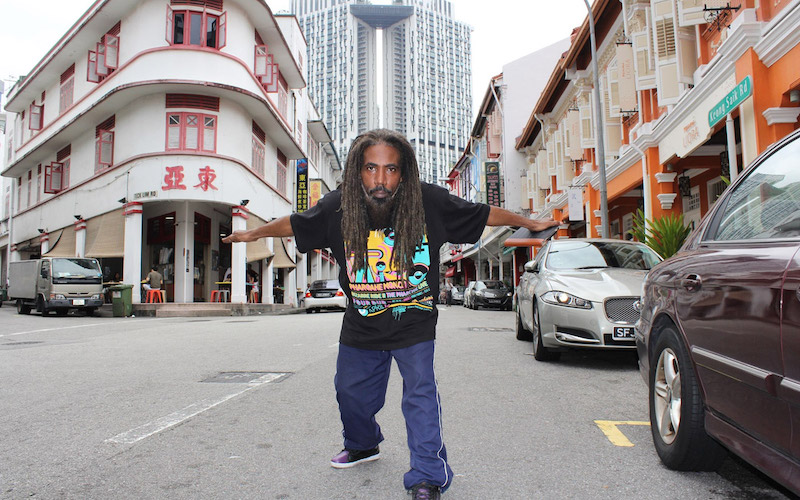 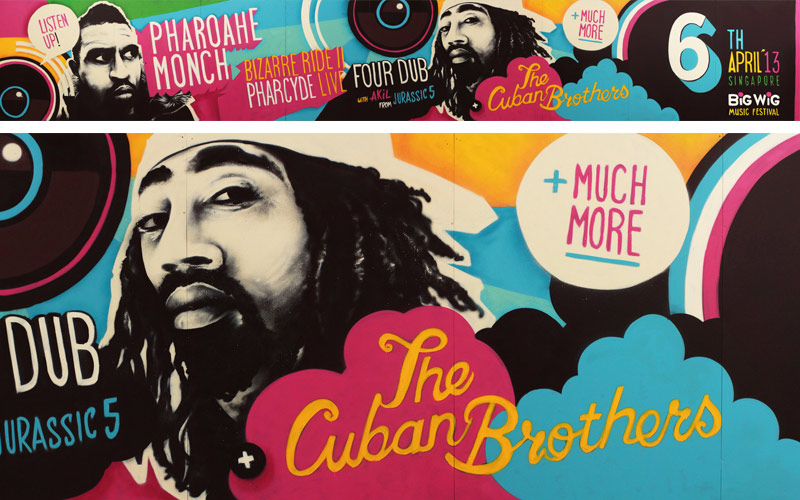 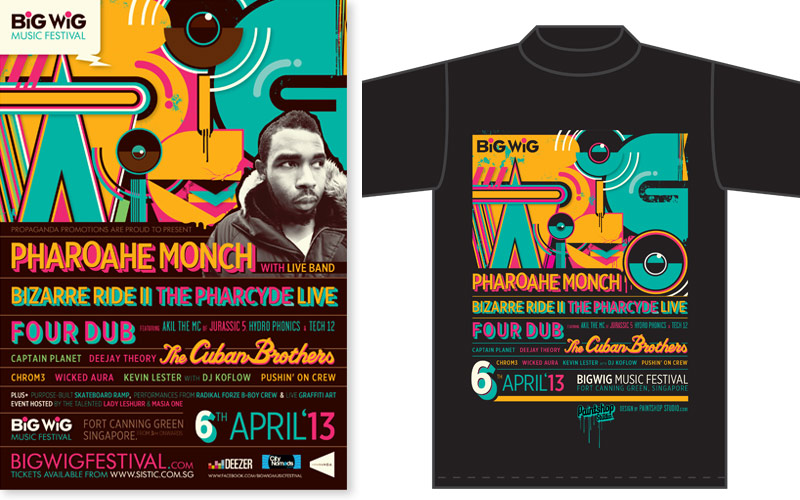 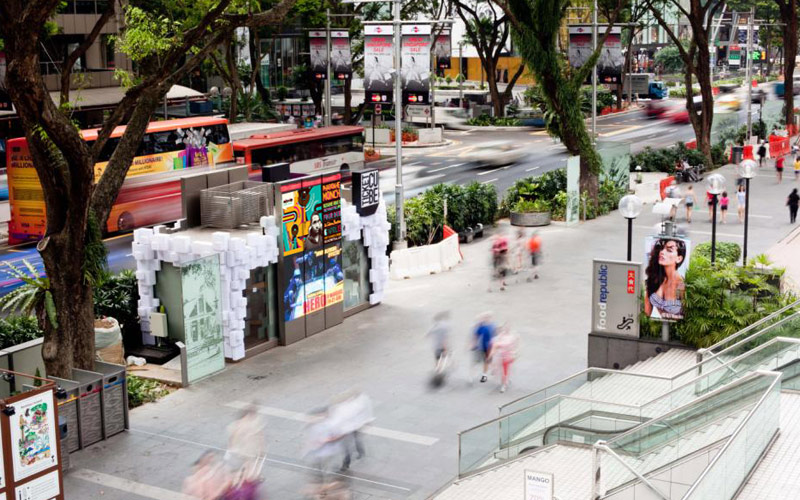 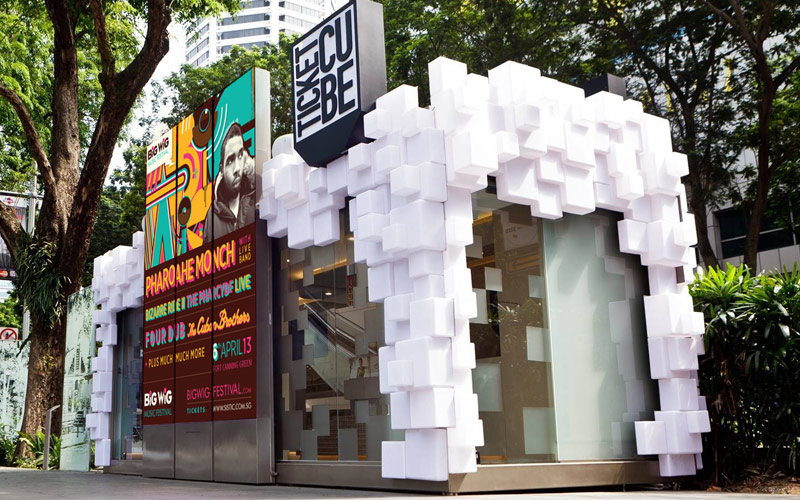 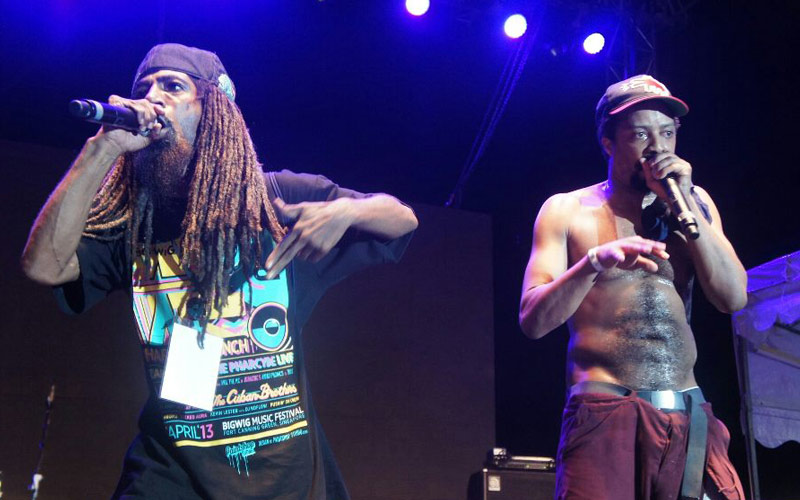 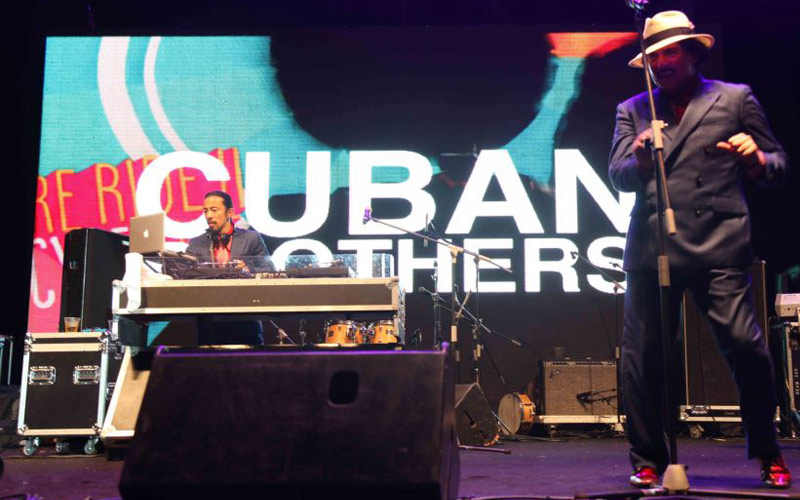 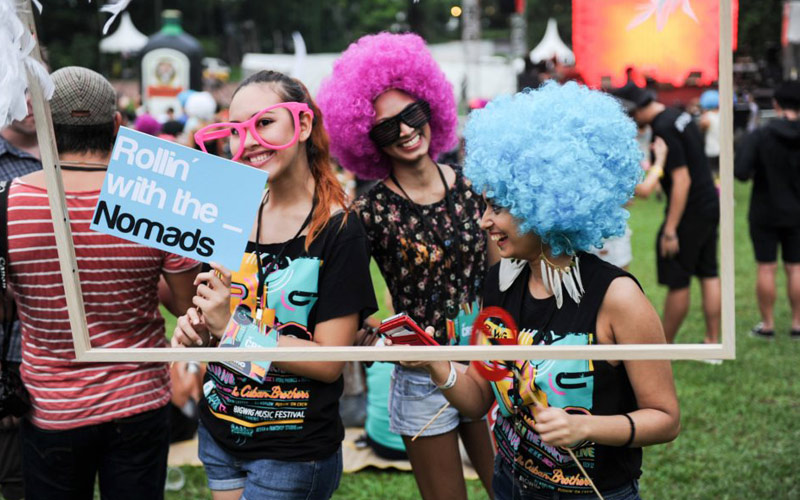