Paintshop Studio helped the NBA announce a big game planned between the Denver Nuggets and the Indiana Pacers at the O2 Arena, London. These are huge teams in the US and the National Basketball Association wanted to make a big deal about the game being played in the UK as part of an International push of the game, and a chance for people outside of the US to see key league teams play live. We were asked to design and paint a piece of artwork to celebrate the two teams coming together in London. The process of this was filmed and edited to form the announcement video which was aired through the NBA’s extensive world-wide network channels. We also played host to one of the NBA’s star players and Nugget’s guard Gary Harris, welcoming him to Stockwell ball court for the film. 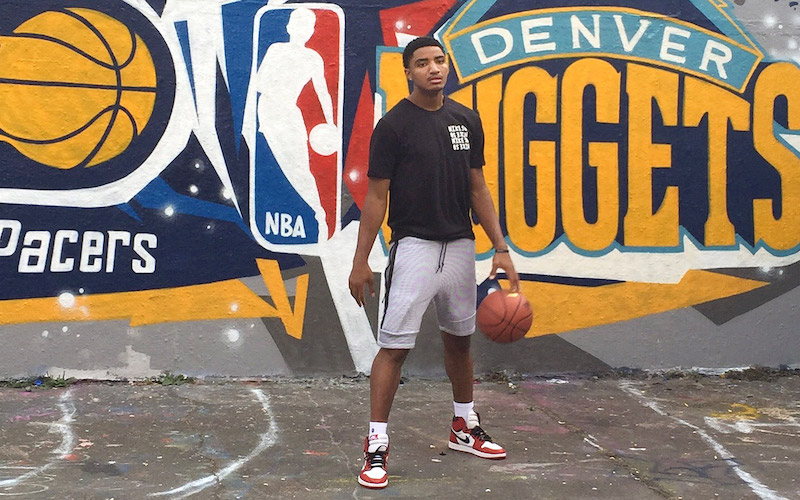 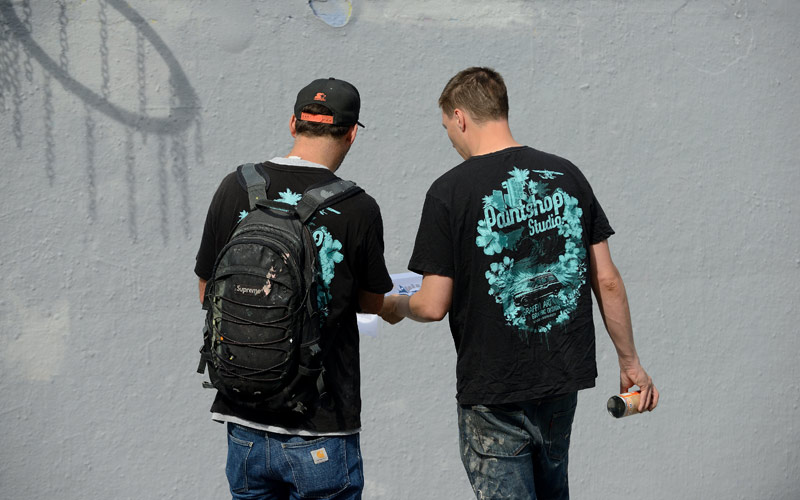 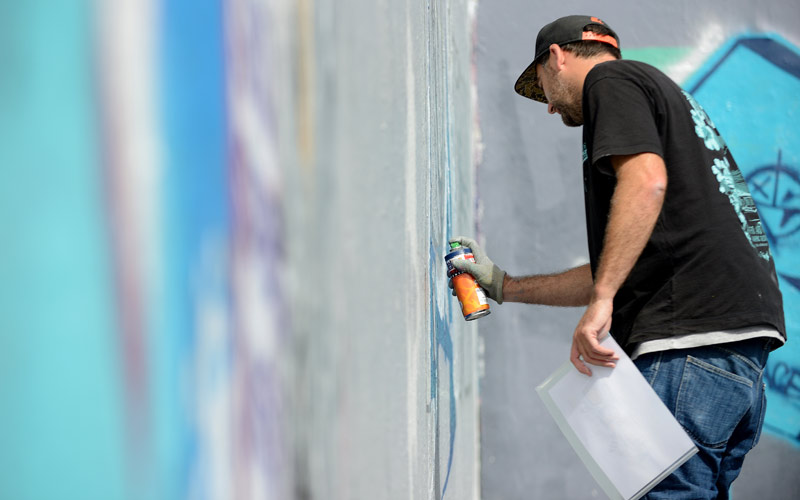 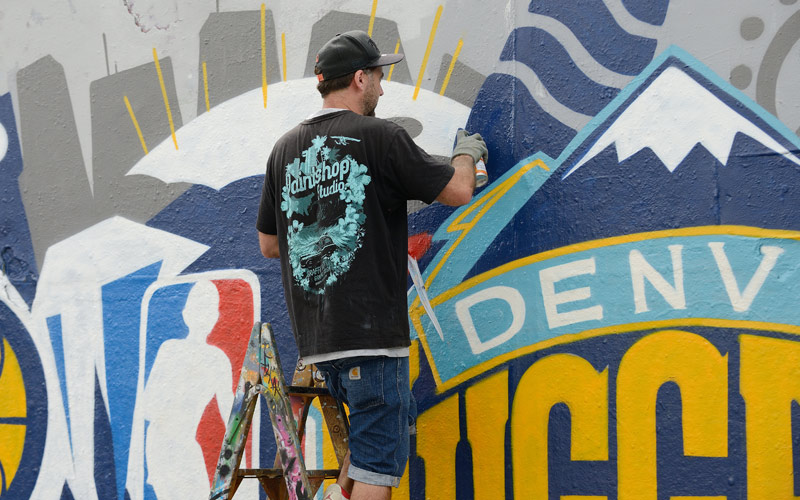 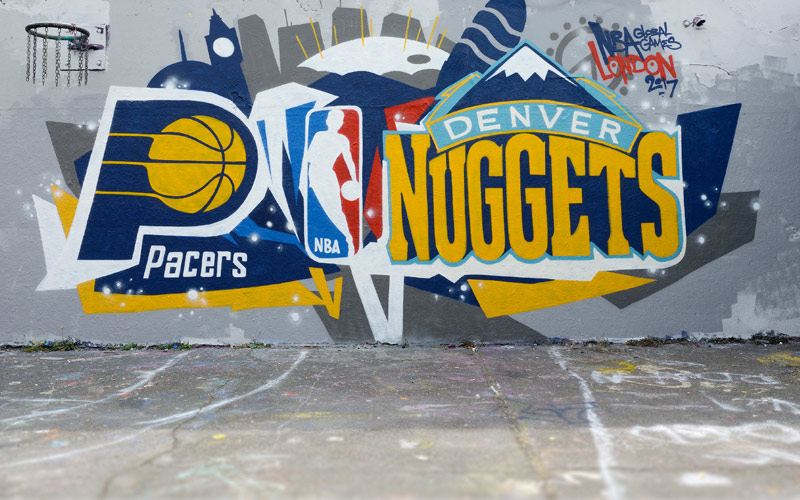 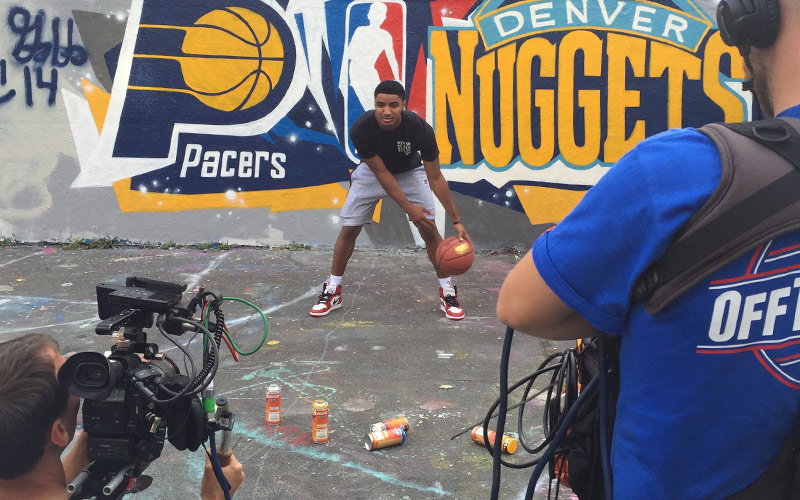 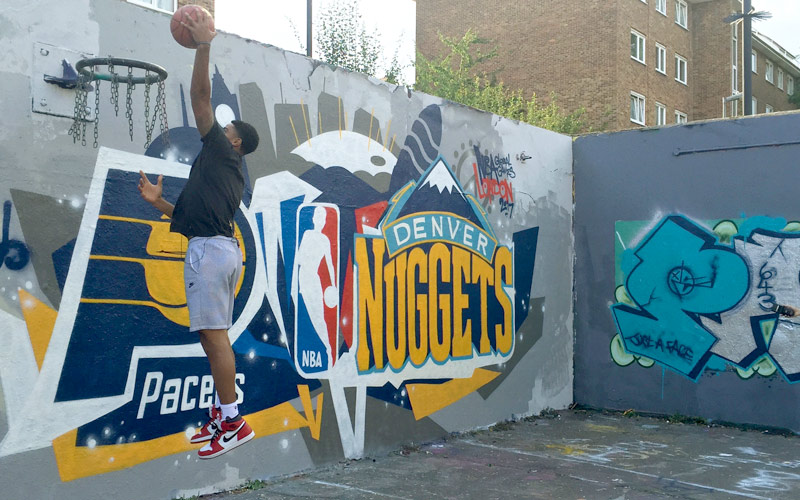