We were asked to create a huge, montage graffiti wall at PlayStation HQ featuring their most popular game characters. The design was to be both a permanent feature wall for the company, and to be used in a TV ad campaign. Studio Love, who managed the overall ad campaign, were able to take the wall mural image and use it as the backdrop for a major cross-media advertising campaign, as well as point-of-sale for a new PSP handheld device. 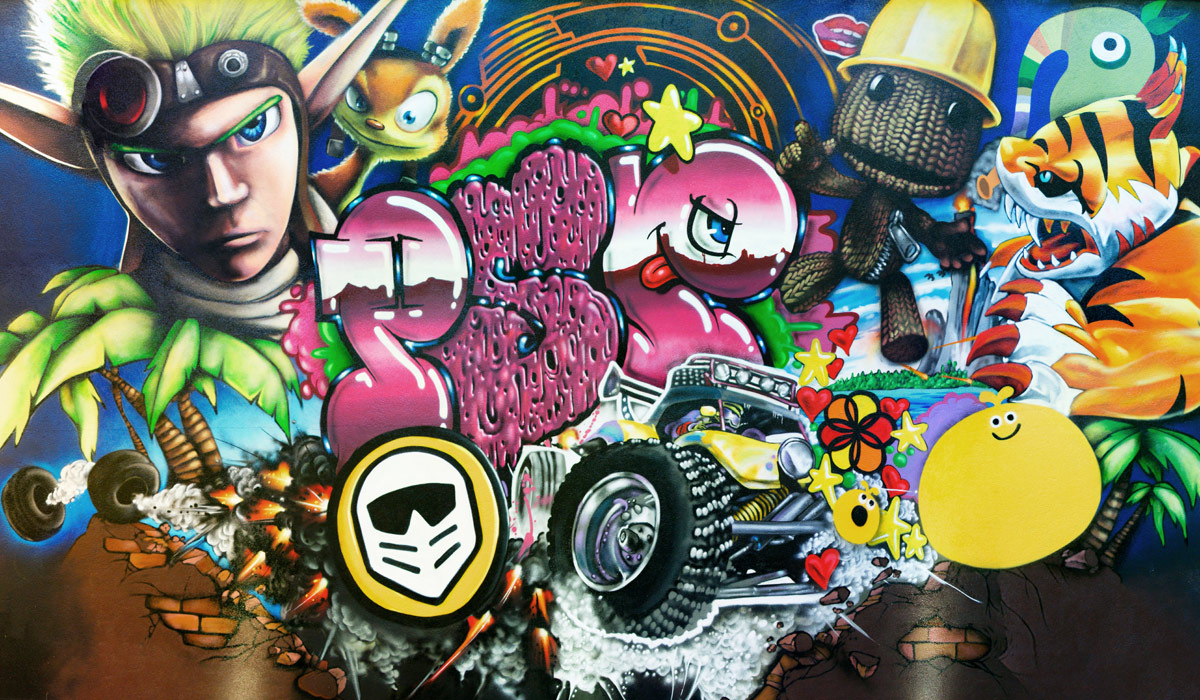 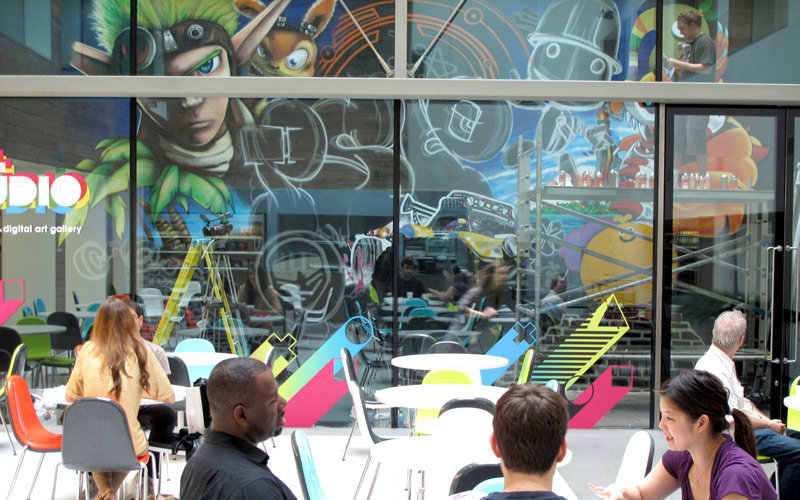 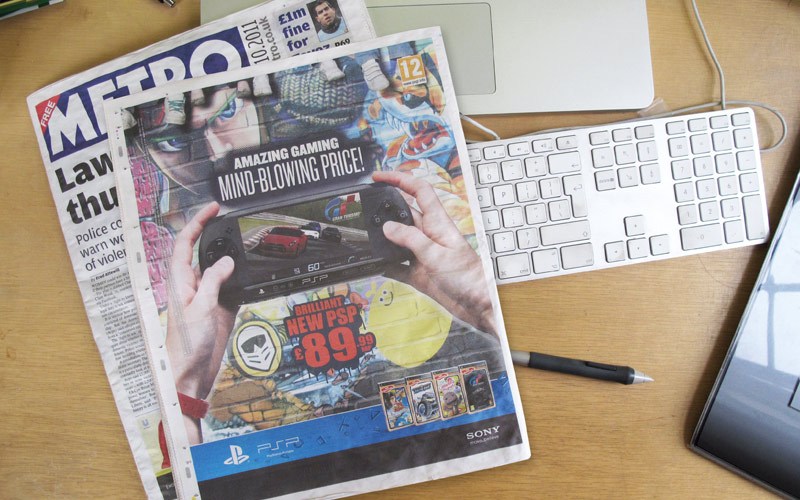 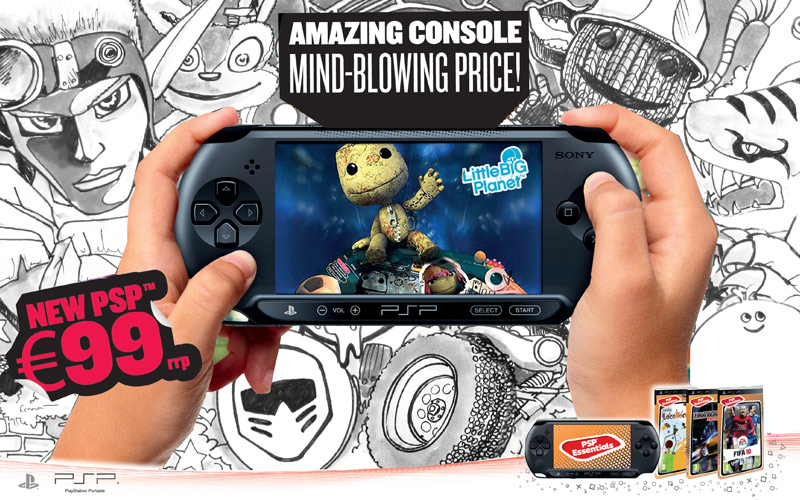 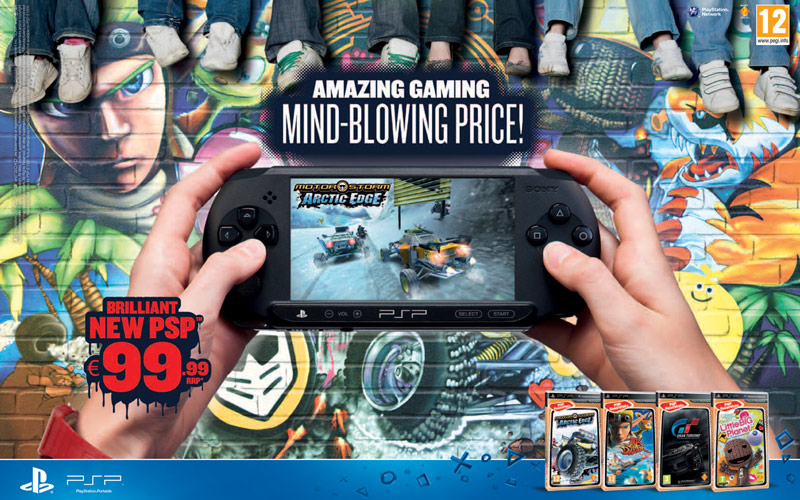